We value the culture, lands and traditions of Indigenous groups. That why our team works closely with First Nations communities throughout the life of the project. 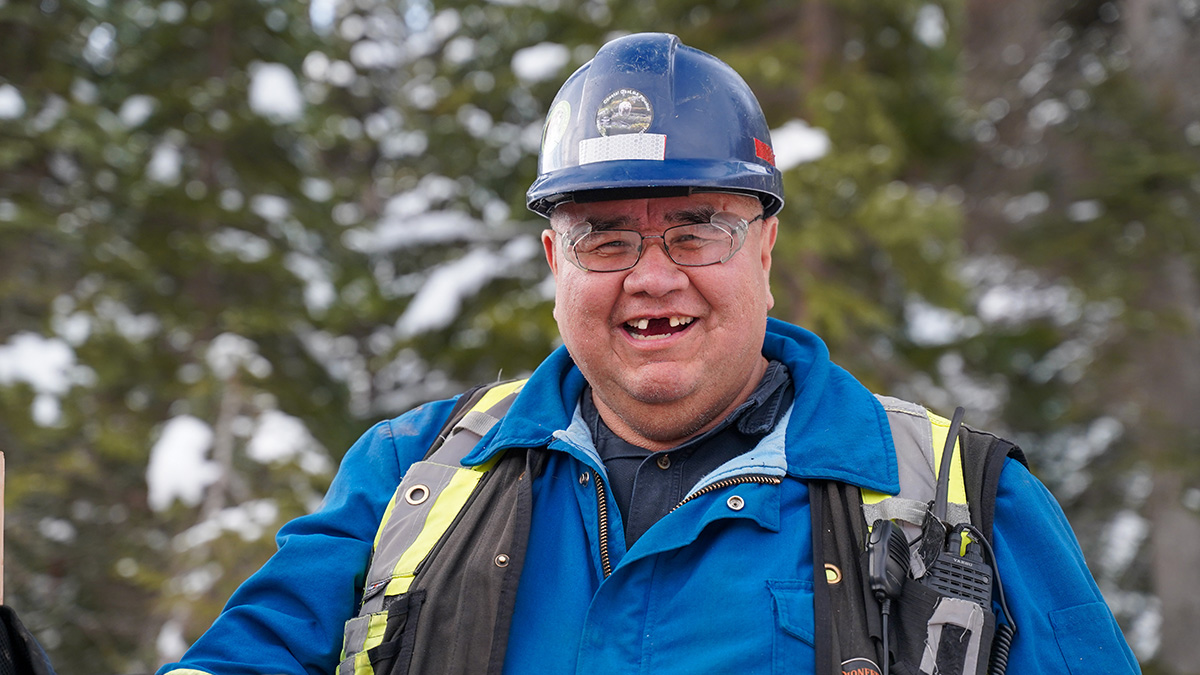 Since we announced the project in June 2012, our team has had over 15,000 interactions and engagements with Indigenous groups. Through these engagements, we’re able to listen to their views, incorporate their feedback where possible, and care for sensitive landscapes and culturally and historically significant areas along the route. It’s essential these areas are identified, respected and protected, so the project can be designed, constructed and operated in a safe and environmentally responsible way.

To date, more than one-third of all the work completed on the project has been conducted by Indigenous people. Even after project construction and completion, we’ll remain engaged with communities to ensure the lines of communication stay open. Our collaborative approach with First Nations communities has also resulted in us investigating alternate routes to address some of the input we received. These productive, two-way conversations with all Indigenous groups have resulted in many changes to the project.

The 20 signed project agreements reflect that many First Nations support responsible development, and growth that translates into real opportunities.

Invested in a variety of training programs to support Indigenous and local trainees and students such as Pathway to Pipeline Readiness Program and Education Legacy program.

Coastal GasLink has already spent $60 million locally in Northern BC, including $3 million on community investment initiatives, education and training initiatives. During construction and operation, the benefits to BC will grow significantly.

Anticipated $400 million in contract and employment opportunities for Indigenous and local B.C. communities during the pipeline construction.

Our collaborative approach with First Nations communities has resulted in us investigating alternate routes to address some of the input we received. These productive, two-way conversations with all Indigenous groups have resulted in many changes to the project. We’ve also invested in a variety of training programs to support Indigenous and local trainees and students. These include the Pathway to Pipeline Readiness Program and Education Legacy Program.

For more information on consultations reports submitted to the BC Environmental Assessment Office:

7,200. That's how many pages we submitted to the BC Environmental Assessment Office protection plans on Coastal GasLink. 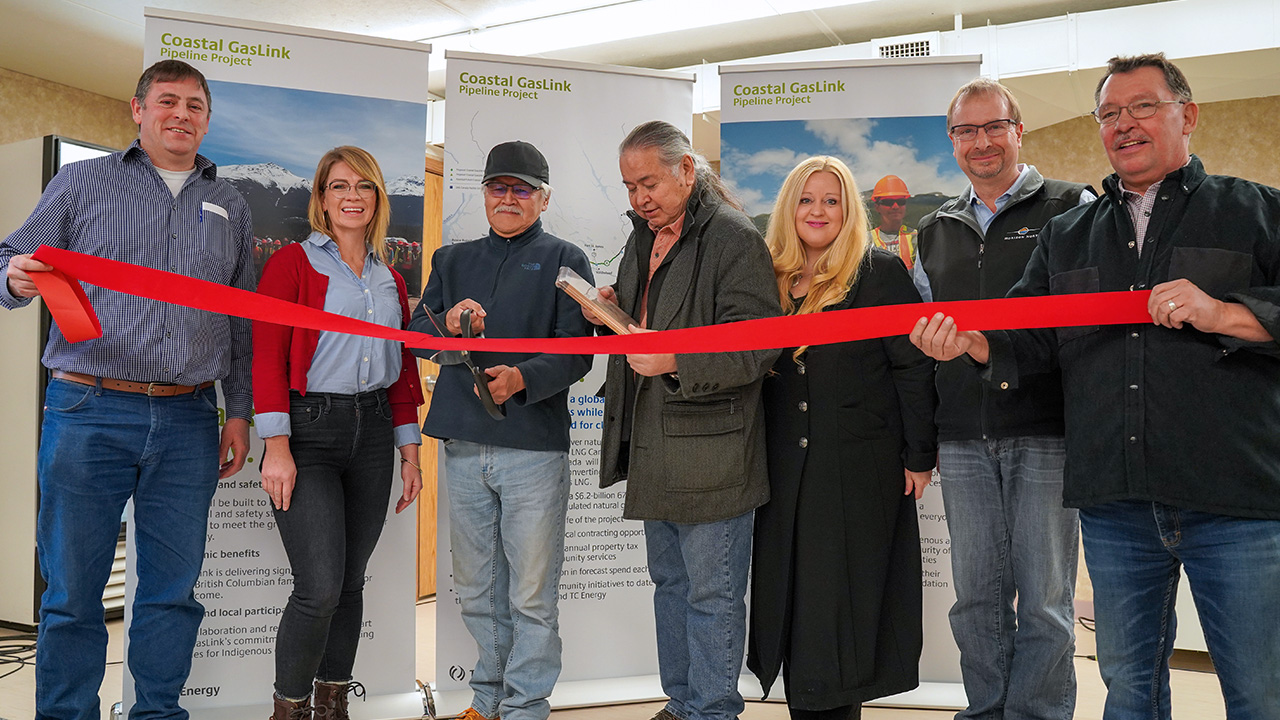 We know there’s more to building a pipeline than just materials and construction. The success of Coastal GasLink relies on working with local communities, listening to their views, incorporating their feedback where possible, and caring for sensitive landscapes and culturally and historically significant places. First Nations communities do not have to choose between economics, culture, environment and a traditional way of life. By meeting and talking with them, we’re able to address their questions and concerns, and incorporate their local and traditional knowledge.

TC Energy and Coastal GasLink have been exceptional in the way they deal with First Nations people. They really listen and I think they care, and they’re willing to incorporate the needs and concerns of local Indigenous people into their project planning and strategy.”

We value the culture, lands and traditions of First Nations groups and work closely with them from the start of the project, through the life of the pipeline. On the Coastal GasLink project, a significant part of their involvement means sharing traditional knowledge to reflect their community’s use of land, water and resources. This provides important information about what development on their traditional lands may mean to their traditional use of the land. Being aware of the locations of important sites and timing of activities helps us refine our project footprint and carefully plan the construction to avoid or reduce potential adverse effects on traditional land use.

Why are we excited about completing all 19 Traditional Land Use Study reports? Because each of these reports creates an opportunity for the community to share and validate information. With each one of these reports being validated by the Chief and Council and often the community before it’s shared with us, the process can take numerous hours of meetings, discussions, and revisions. The reports are then used to refine our project planning and support cultural awareness amongst our workers to promote respect for the land and the people.

Learn more about LNG in B.C. What does traditional land use (TLU) mean?

TLU refers to use of the land for traditional pursuits important to First Nations people that can include hunting, fishing, trapping, collection of plants including berries and herbal medicines and ceremonial practices.

How are TLU studies initiated?

TLU protocol agreements are signed with First Nations groups along the pipeline route prior to starting any TLU studies. The agreements are important and can include guidelines on sharing sensitive information, an outline of the study area and other details on how we are going to work together.

What’s the difference between engaging with First Nations groups (engagement) and TLU agreements?

Engagement is the transparent, open and ongoing dialogue to identify and discuss issues and concerns. TLU agreements are an important piece of growing our relationship with a First Nations community. They set the groundwork to complete the TLU Studies, which are done by the First Nations community and may include their chosen third party.

How do traditional land use reports differ from project agreements?

Both promote legacy. TLU study reports are a summary of how the land is used by the people, so we can ensure we understand and strive to protect the culture and land. Project Agreements outline benefits and commitments that will be provided to these communities for as long as the pipeline is in service.

How do TLU studies differ from field work?

Our environmental field work is completed by biologists and scientists trained in their particular disciplines, and offers opportunity for local First Nations community members to participate and to share traditional ecological knowledge (TEK). TLU Studies are conducted by First Nations groups (and their chosen third party), and may include oral information passed down from generation to generation through hands-on teaching and customs.

Why are TLU studies and resulting reports important for the project?

In addition to development planning, TLU Reports also support the survival of this valuable information for the community itself. With TLU being orally transmitted, much of it may be lost with the passing of elders. TLU Reports may help preserve this information for years to come.

Have more questions about indigenous engagement and consultation? View our FAQs