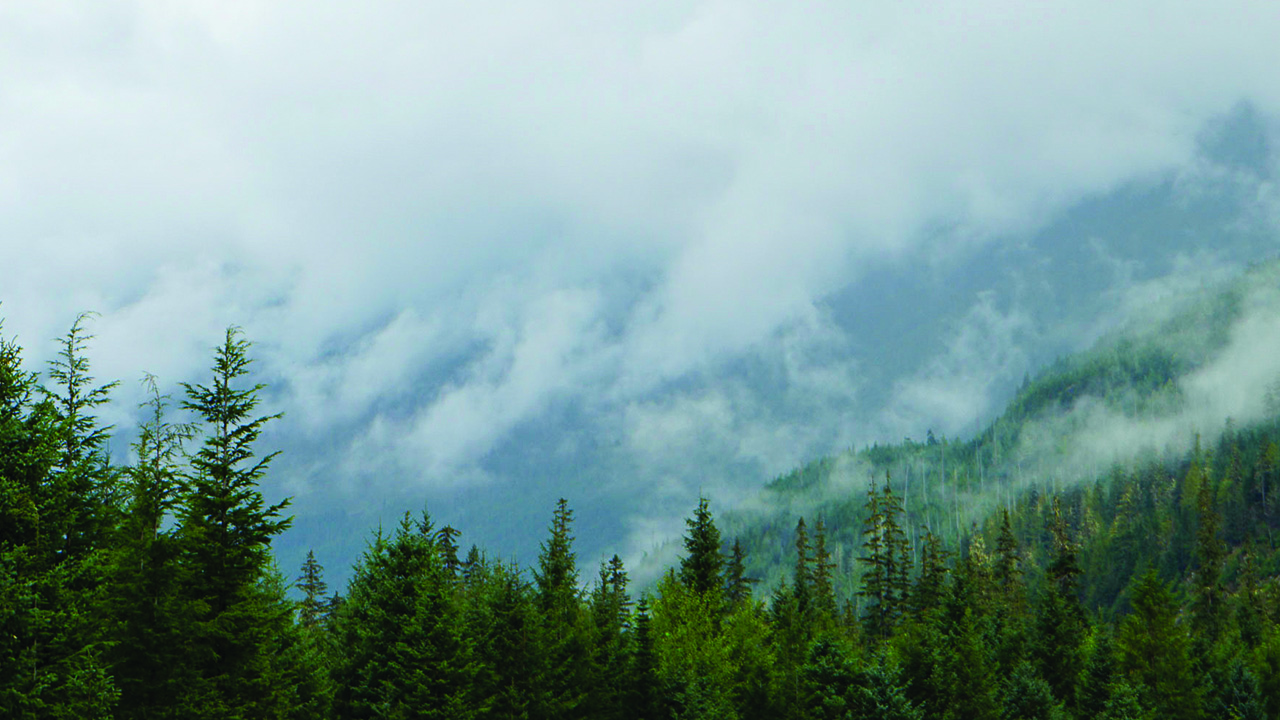 A pipeline to support the liquefied natural gas (LNG) industry

Approximately 670 kilometres (416 miles) the Coastal GasLink pipeline project will safely deliver natural gas across northern B.C. After Coastal GasLink delivers the natural gas from northeastern B.C. to
the LNG Canada facility in Kitimat, B.C., LNG Canada will prepare it for export to global markets by converting the gas to a liquefied state – also known as LNG. Coastal GasLink will not be producing or exporting natural gas or LNG – our role is to ensure the safe transportation of natural gas. The pipeline will be built to move 2.1 billion cubic feet per day (bcf/d) of natural gas with the potential for delivery of up to 5 bcf/d, dependent on the number of compressor and meter facilities constructed.

Learn more about Coastal GasLink through our Project Overview or more about LNG in B.C.

Why is Coastal GasLink

Natural gas is one of the world’s cleanest and safest energy sources. It’s used for many purposes – to heat our homes and operate household appliances, to make crop fertilizer, fabrics, plastics and other everyday products. The Douglas Channel near Kitimat provides easy access to export the energy to Asian markets, where coal-fired electricity is commonly used. This provides a unique opportunity for the province to help replace higher carbon emitting fuels such as coal, helping to reduce global greenhouse gas emissions. Accessing the port requires the construction of Coastal GasLink.

Learn more about the approved route

2012 — TC Energy is selected by LNG Canada to design, build, own and operate Coastal GasLink. We begin our ongoing engagement process, followed by environmental and engineering studies along the proposed route.

2015 — Field work continues, along with development of plans and strategies to fulfill regulatory conditions.

2016 — Field work continues so the Coastal GasLink team can gather further details about the approved route and the South of Houston Alternate Route (SHAR).

2017 — Coastal GasLink filed its amendment applications for the South of Houston Alternate Route with the B.C. Environmental Assessment Office and the Oil and Gas Commission in November 2017. Coastal GasLink’s consideration of a proposed alternate route was entirely initiated as a potential solution to the feedback received from First Nations groups in the area.

In late 2014, Coastal GasLink initiated a program to provide local First Nations groups with the opportunity to participate in field study activities, information sharing and intergenerational transfer of traditional and cultural knowledge along sections of the Coastal GasLink pipeline corridor.

After extensive consultation with First Nations people from various groups through that program, Coastal GasLink initiated additional studies and engineering work to create the South of Houston alternate option to help further reduce effects on traditional and cultural land.

2018 — Coastal GasLink was given approval for the South of Houston Alternate Route by the Environmental Assessment Office in May 2018.

2019 — Coastal GasLink received approval from the Oil and Gas Commission (OGC) on May 1 of an application to amend the pipeline permit for construction of the re-routed section known as the South of Houston Alternate Route (SHAR).

Coastal GasLink announced it will proceed with construction on the project following a positive Final Investment Decision from its partner, LNG Canada, on October 2, 2018.

More than a pipeline company

Though Coastal GasLink may be new to you, TC Energy is not new to British Columbia. Our Foothills Pipeline System in the southeast part of the province has been operating safely for more than 50 years. You may know us for our natural gas and oil pipelines in Canada, the United States and Mexico, but we also have natural gas storage facilities and nuclear and natural gas power-generation facilities in Canada and the U.S.

With more than 65 years of experience, TC Energy is a leader in the safe and reliable operation of North American energy infrastructure. 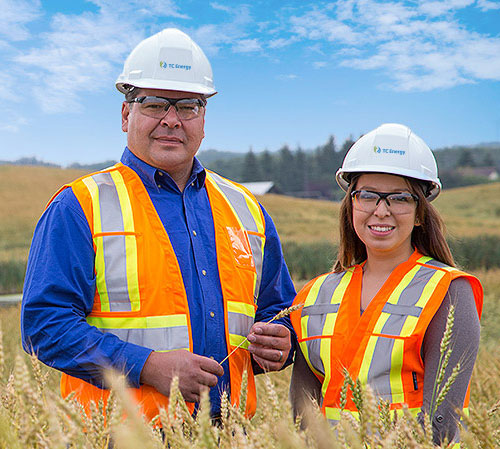 Click here to see a larger view of the map 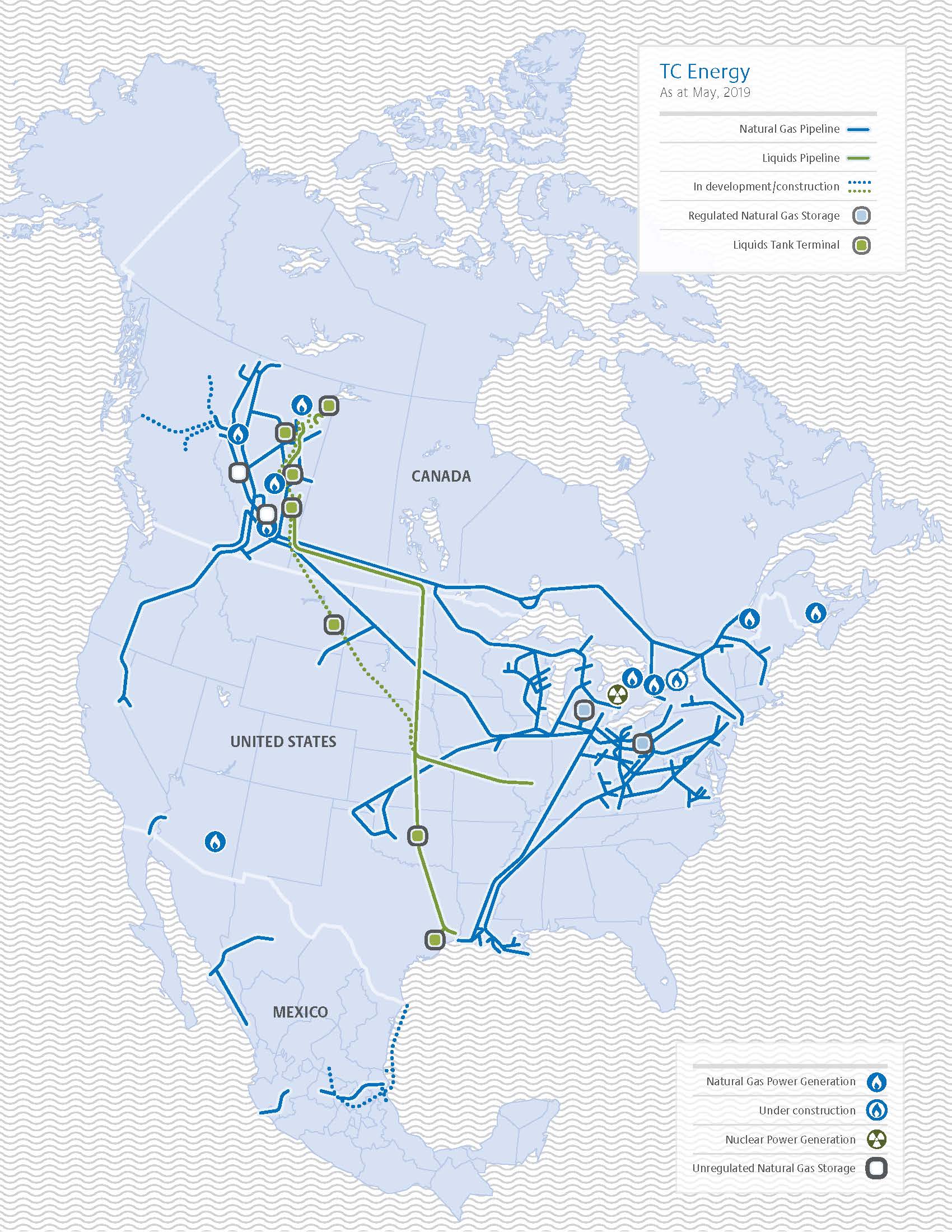 Since 2014, TC Energy has sponsored 450+ classroom seats for B.C. students, preparing them for projects like Coastal GasLink.