Thousands of tiny salmon fry are currently making a 1,200-kilometre journey to the ocean with the aim of an eventual return to the Endako River to spawn future generations of Endako chinook salmon.

“Today we released about 9,300 chinook fry into the Endako River, which is a functionally extinct salmon run, so it’s pretty amazing,” Steve Hamilton, President of Spruce City Wildlife Association (SCWA) said, after bidding farewell to the tiny fish released after a grueling journey. “The logistics of doing it without Coastal GasLink’s help just wouldn’t be possible. We’re truly thankful,” shared Steve.

Coastal GasLink supported SCWA, a conservation organization in Prince George, in its important effort in mid-June by donating helicopter time to safely transport the precious cargo to their destination. 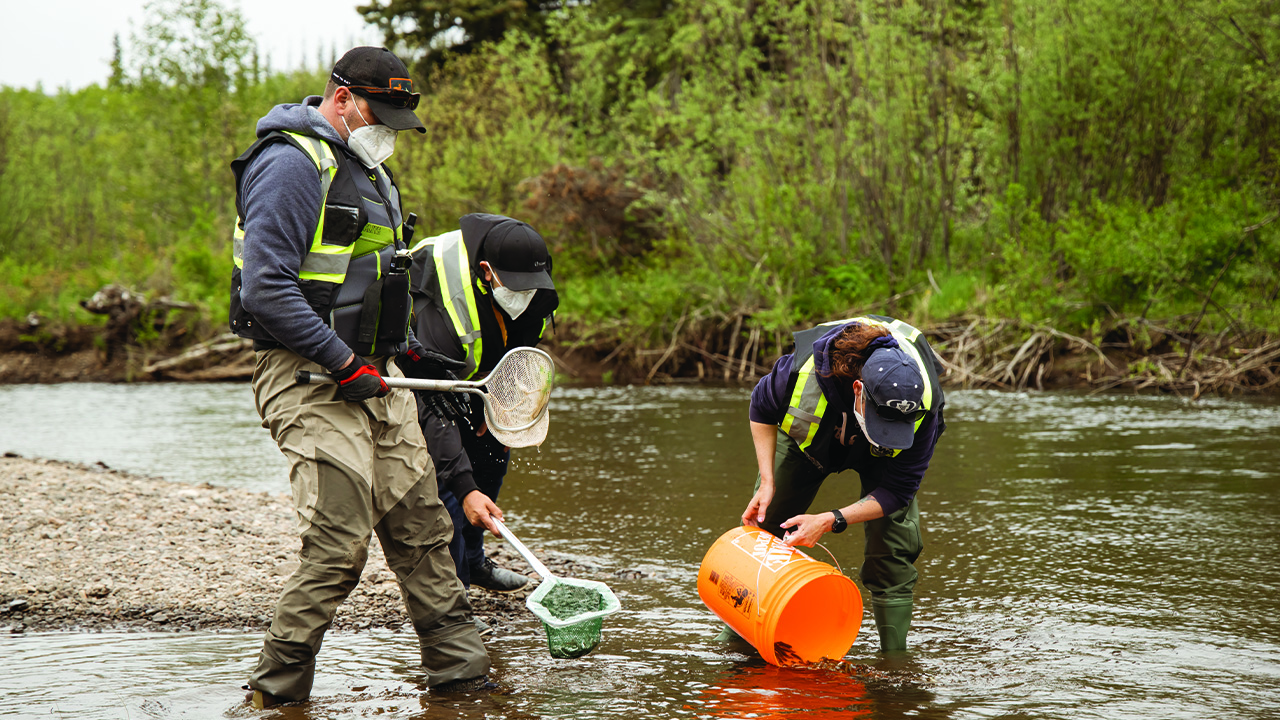 SCWA’s mission, however, dates much farther back — to more than 20 years ago, when the Carrier Sekani Tribal Council noticed rapidly dwindling salmon numbers in the streams and rivers of their traditional territory. To preserve salmon population for generations to come, they cryogenically-froze salmon milt in anticipation of a possible future solution.

That solution was borne out of a partnership between the Carrier Sekani Tribal Council and SCWA, whose team has been raising and caring for the salmon fry at their hatchery in Prince George in anticipation of their release into the Endako River. 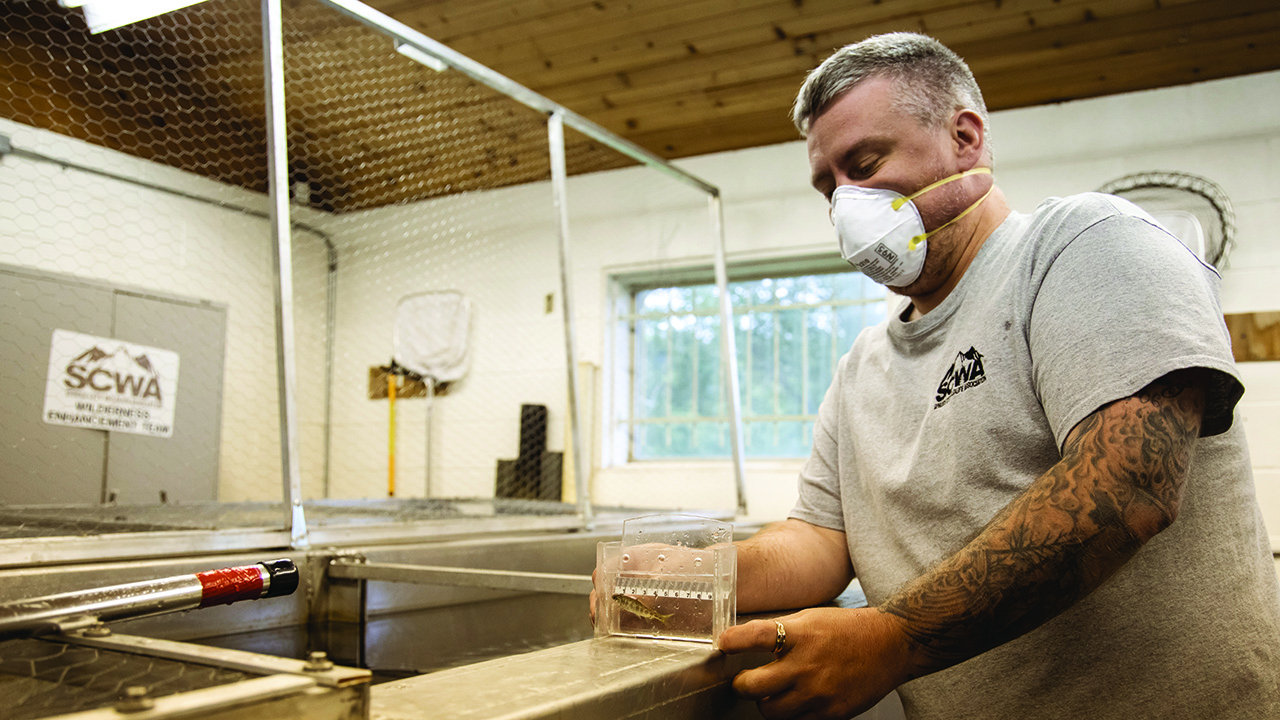 Steve Hamilton, President of SCWA, measures one of the over 9,300 salmon fry that would be released into the Endako River. 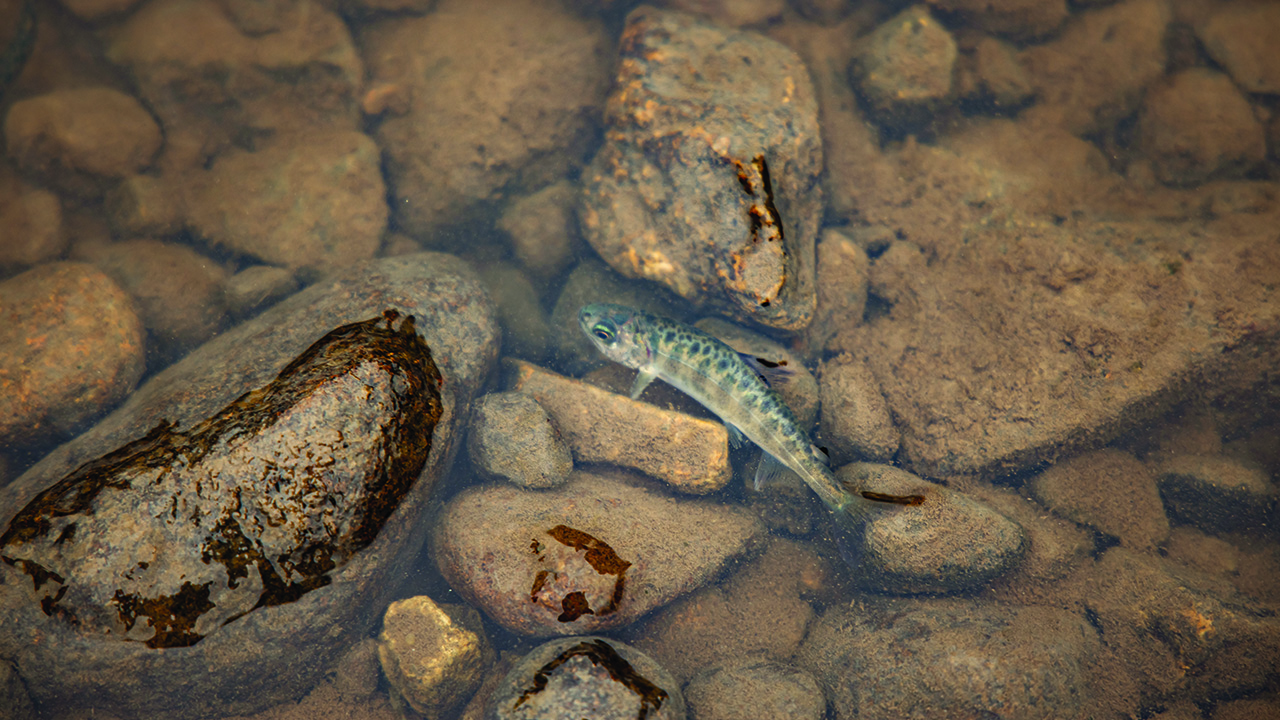 However, the task of carefully and quickly getting the salmon fry from the hatchery in Prince George to a remote section of the Endako River near Fraser Lake was one of the last pieces of the puzzle needed to complete the mission. That’s where Coastal GasLink was able to step — or fly — in.

Coastal GasLink was excited to play a part in this important story that was decades in the making. By donating helicopter time to fly the precious cargo to the starting point of their new journey, the operation became much smoother and safer for the salmon fry.

The trip would have ordinarily required a two-and-a-half-hour drive from Prince George, followed by an hour-long hike through the forest to the spawning grounds; not an easy task to accomplish with thousands of salmon fry on board.

Coastal GasLink’s Tanner Moulton, Public Affairs Coordinator in Prince George, had the great privilege of lending a helping a hand to the small team of volunteers and SCWA staff coordinating the mission. He recounted his experience, from loading the fry from the hatchery, to flying them out in the helicopter, and finally finding the perfect spot along the river to release them, as nothing short of incredible.

“Seeing them transported and then released was just the beginning,” noted Tanner. “I couldn’t imagine the rest of their journey. And just to be a part of it and help them through that process was absolutely amazing.”

The salmon fry will now travel to the ocean, only to return to the Endako River many years from now and spawn future generations of Endako chinook salmon.

“We’re very hopeful. It’s very exciting to see it come full circle. Five years from now we will be able to see the fruits of our labour,” said Dustin Snyder, Vice President, SCWA, once the release was complete.

At Coastal GasLink, we want to leave an extraordinary legacy that extends beyond our project. That's why we’re invested in collaborating with Indigenous and local communities to ensure the project leaves a positive and lasting footprint for the communities where we operate and the surrounding environment.

The salmon fry were released into the Endako River, where they will return many years from now.

In addition to the donation of helicopter services, Coastal GasLink was proud to support SCWA’s long term conservation efforts through a $10,000 donation earlier this year as part of our community investment program, which will help them continue to make a positive impact in the communities in which we operate.

As construction ramps up across the project route this summer, we continue to collaborate  with local communities and initiatives to create lasting benefits today, and for decades to come.

Visit our Sustainability page to learn more about how Coastal GasLink partners with Indigenous and local communities, and our commitment to preserving the environment.