Coastal GasLink workers terrorized during a night-shift at a remote construction site in northern B.C. are still coming to terms with being attacked by a group of masked, axe-wielding assailants.

We understand the media and public would like to hear directly from them, however, due to concerns for their safety and security, along with that of their families, they have declined requests for media interviews. Coastal GasLink takes the safety, security and well-being of our people very seriously. Members of the Coastal GasLink team have in the past experienced multiple cases of online harassment and threats, and as such, we will respect our workers’ right to privacy and are providing ongoing support as needed.

One of the security professionals on site that night, however, has agreed to share his personal account with Coastal GasLink, on agreement that his identity be protected. Below is Trevor’s story. 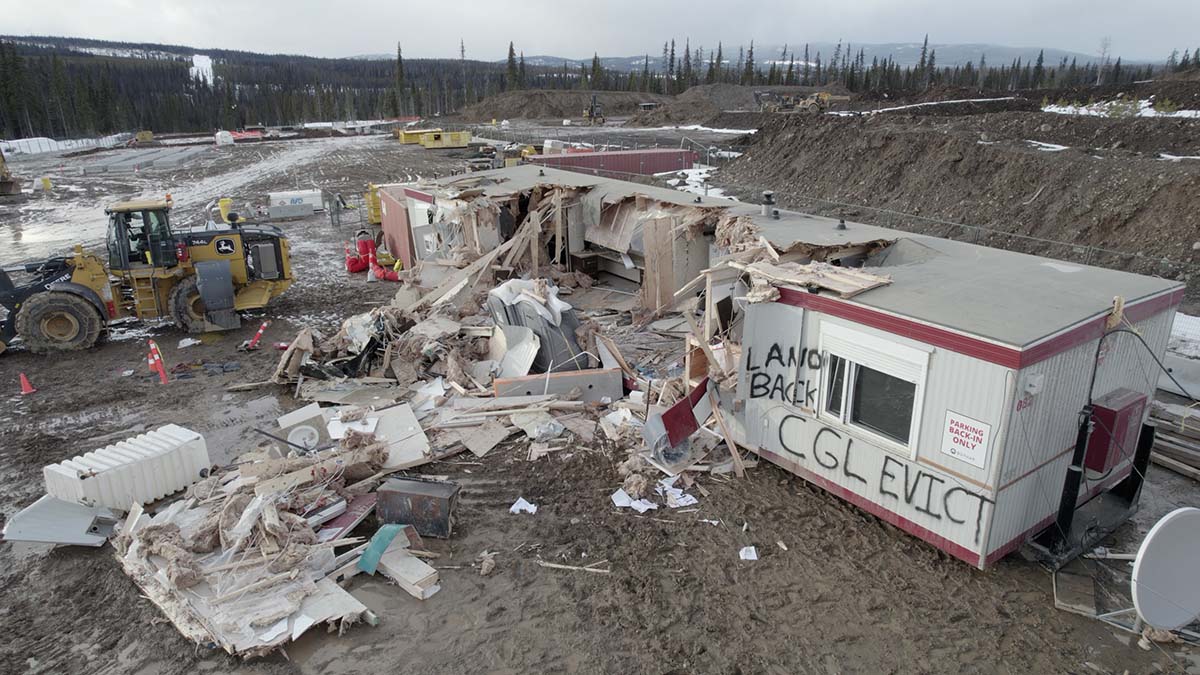 Millions of dollars in damage was done to Coastal GasLink construction site caused by attackers who hijacked heavy equipment, as photographed during a site visit on Feb. 19, 2022. 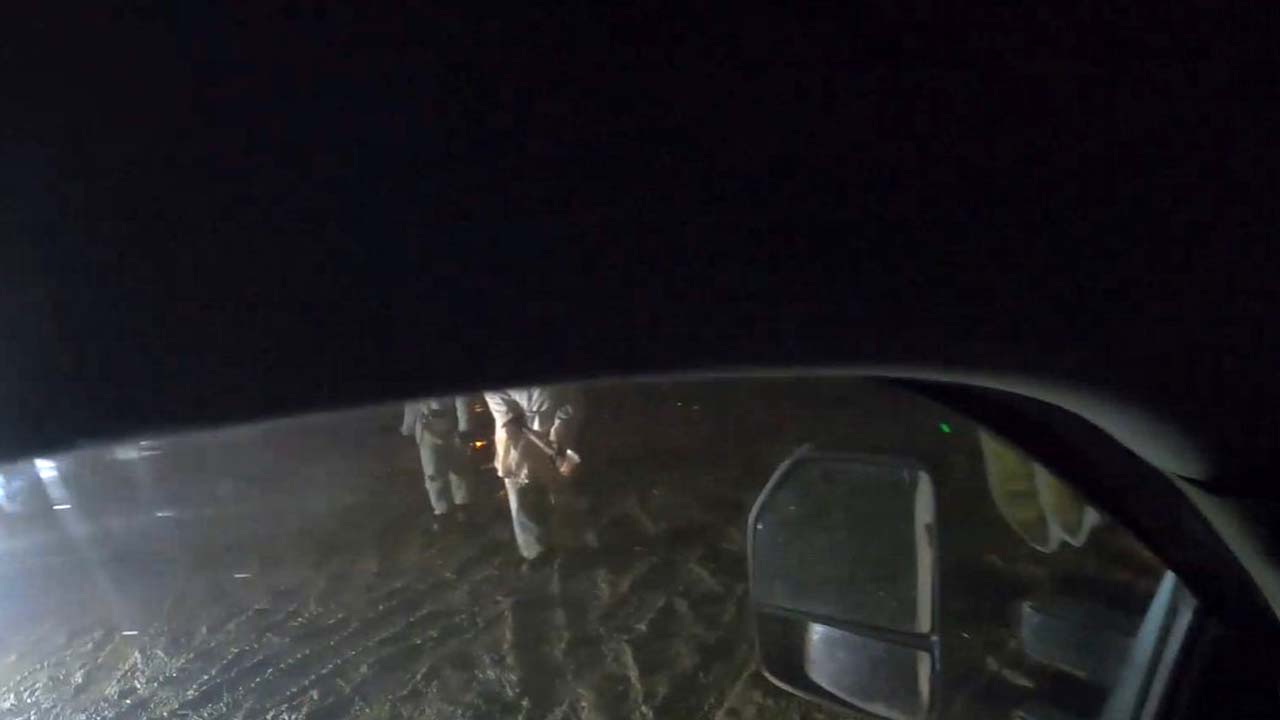 That one word sums up the feelings Trevor experienced as axe-wielding assailants, donning masks and camouflage, surrounded his truck on a remote forestry road in the dark of night.

“To have somebody come at you with an axe is, you know, a whole other level of … fear,” said Trevor, who works as a security professional for Coastal GasLink.

Trevor was in position at a gate on the Marten Forest Service Road that leads to the Morice River drill pad site where an overnight crew was busy doing prep work. Alone in his truck, he was updating a routine daily report of the day’s activities. It was shortly after midnight on Feb. 17, 2022

“It’s very dark. We had a light tower there, so the area is lit up, but the area around it, the bush, is quite dark,” Trevor recounted during an interview on Saturday.

“I keep both windows rolled down, just a little bit, just so I can hear things … I could hear yelling all of a sudden.”

Positioned at the intersection of the Marten and the Morice Forest Service Road, the only access road in and out of the remote area approximately 60 km southwest of Houston, Trevor could see some sort of fire and puffs of smoke to his right, down the Morice. As the hollering grew louder, he looked in the truck’s side mirror and saw several masked people coming up behind his vehicle carrying fire sticks and what appeared to be flares. One individual started banging on the passenger side window, demanding he open the gate. Then, Trevor saw this attacker pull a cordless angle grinder out of a backpack and start cutting open the steel gate. As this was happening, a group of others started attacking his truck. 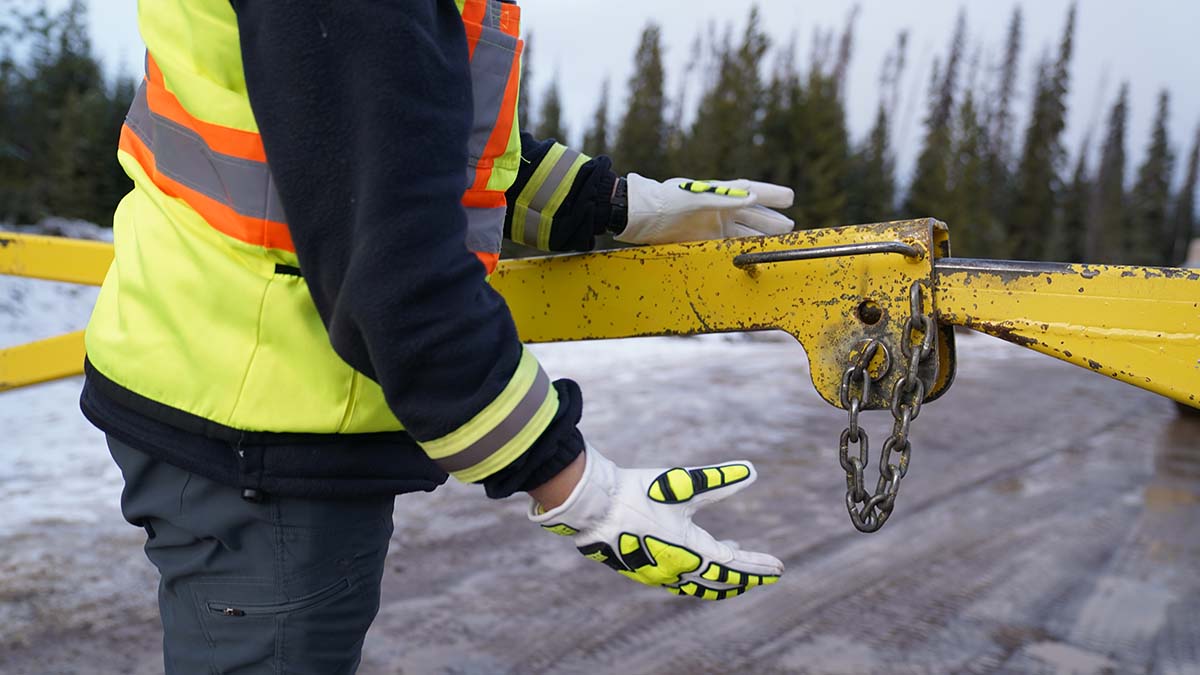 Trevor shows where the attackers used a grinder to cut a lock on a gate to an active construction site on Feb. 19, 2022, at the Coastal GasLink site, southwest of Houston, B.C. 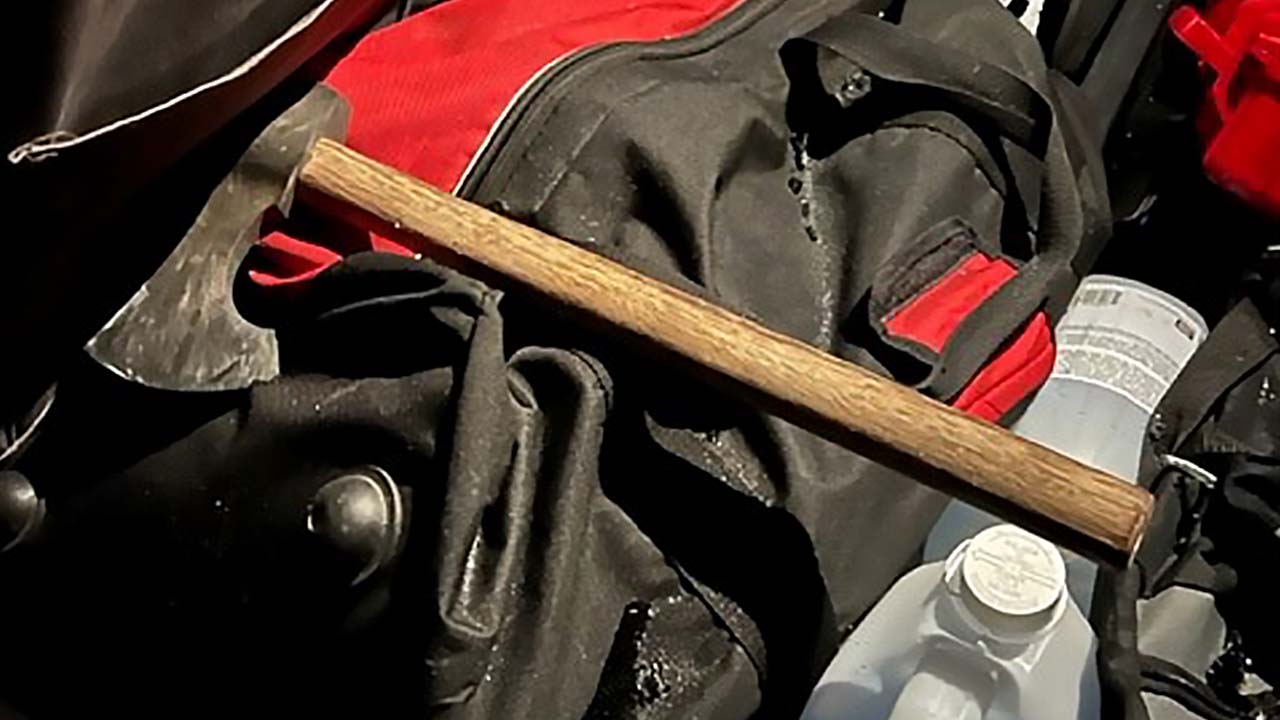 “I heard smashes on the back tailgate and when I looked in my mirror I could see one of them was holding an axe … it was terrifying," he said.

Concerned for the workers at the drill pad, Trevor radioed to other security personnel posted at the construction site at the end of the Marten. He learned they were also under attack by another axe-wielding group.

“This was not a peaceful interaction. This was violence.”

As up to five attackers surrounded his truck, smashing it with axes, Trevor tried to slowly back out, not wanting to run over anyone. As he made it to the Morice, the group initially chased him for about 20 metres before giving up.

Farther down the Morice, however, Trevor found the road blocked. So, he turned around and drove back toward the Marten thinking he could take a second try at getting to the construction site and aiding in the rescue of the others. As he approached the access point and gate, however, the attack resumed. He considered ramming the gate to get through but decided against it out of concern that the vehicle might become disabled and he would have no way out. 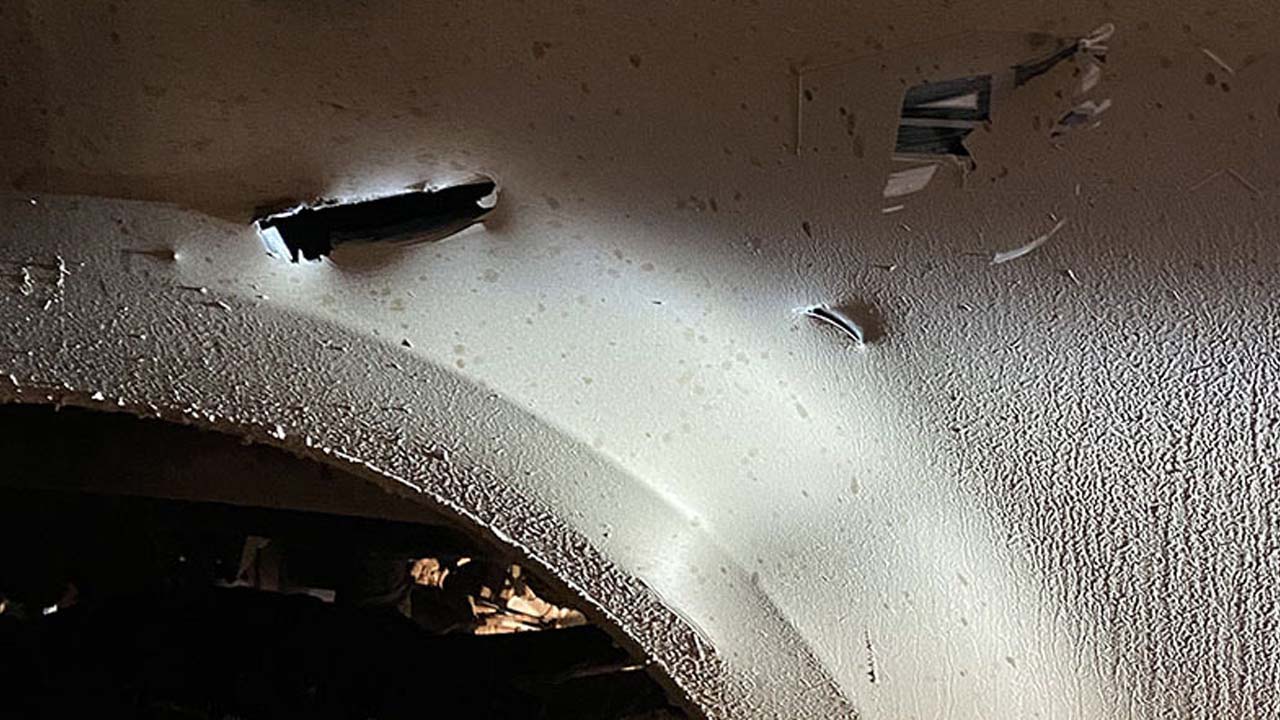 During these moments of terror and contemplation, the back driver’s side window of his truck was smashed, an axe landing in the back seat behind him. A torch was also tossed into the box of his truck. 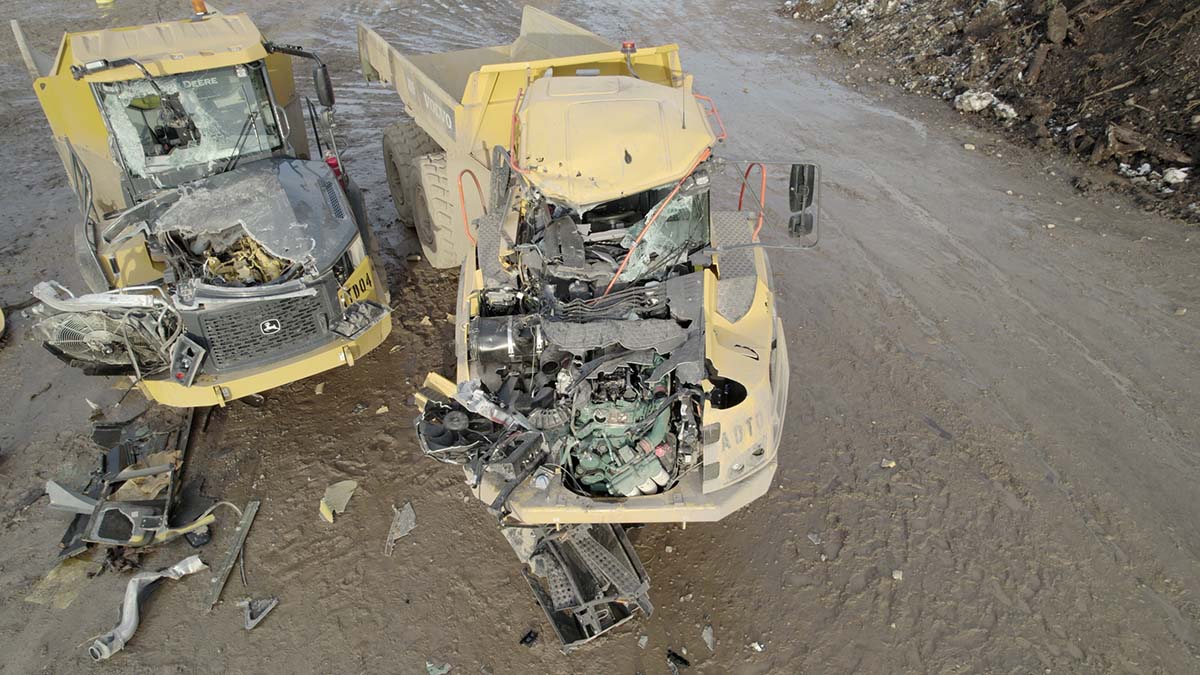 Damage to heavy equipment captured on Feb. 19, 2022 at the Coastal GasLink site, southwest of Houston, B.C.

As Trevor fled, the other security personnel on site radioed that they had accounted for all the workers on site and managed to get them safely into vehicles and flee. Trevor waited a safe distance away, and then escorted the workers from the area to the safety of a workforce accommodation site farther down the Morice, in the opposite direction from where he had encountered a blockade on the main road out of the area.

Though shaken by the incident, Trevor was back on the job the next night and plans to continue in his role.

“You know, we’re just people out here trying to make a living and do a job. We have families … we have kids. You know, to have this terrifying event where people are trying to come at you with an axe, and throwing axes through your window and trying to start a truck on fire, well … we just want to do our job, and work and go home to our families at the end of the day.”

Coastal GasLink remains focused on environmental mitigation to address fuel leaks caused by vandalism to heavy equipment, as well as clean-up and damage assessment. Construction is expected to resume when that work is complete, though no specific date is available at this time.

Stay up-to-date with our latest statements regarding the attack here: Workers shaken after violent attack at Morice River drill site. 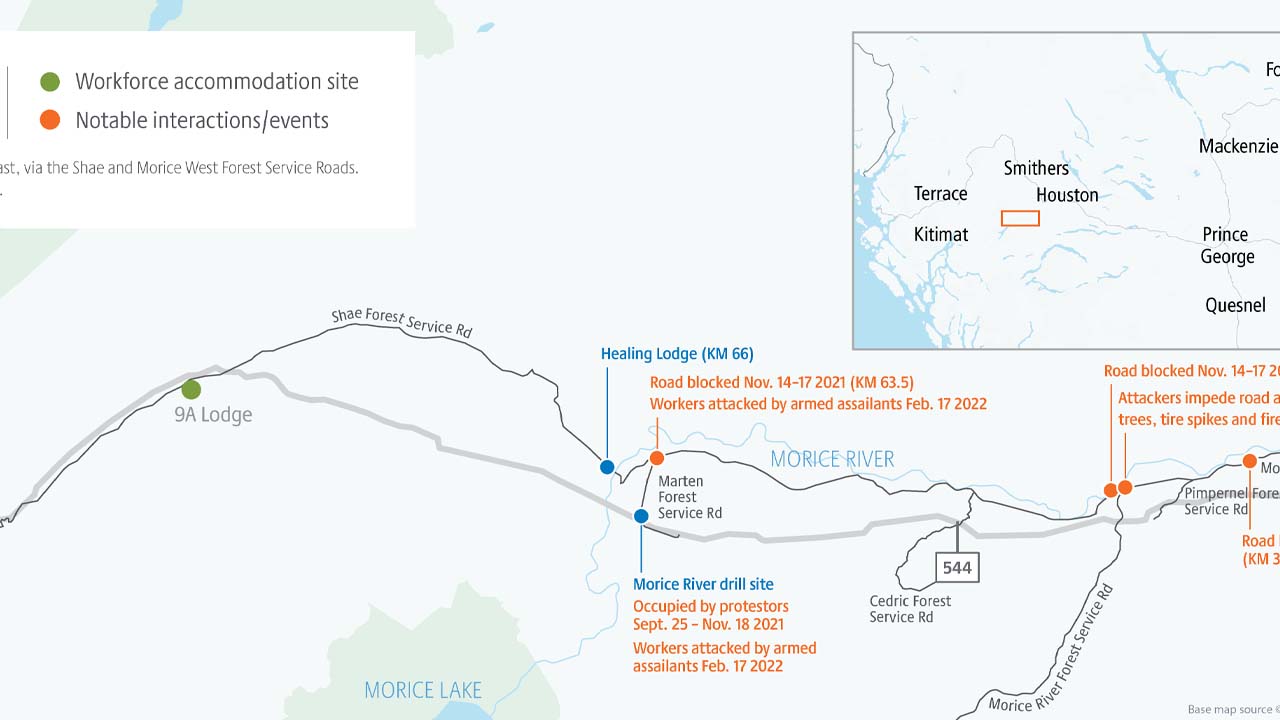 Media have permission to use images with credit to Coastal GasLink. Media can request downloadable links to the video clips by emailing media@tcenergy.com. 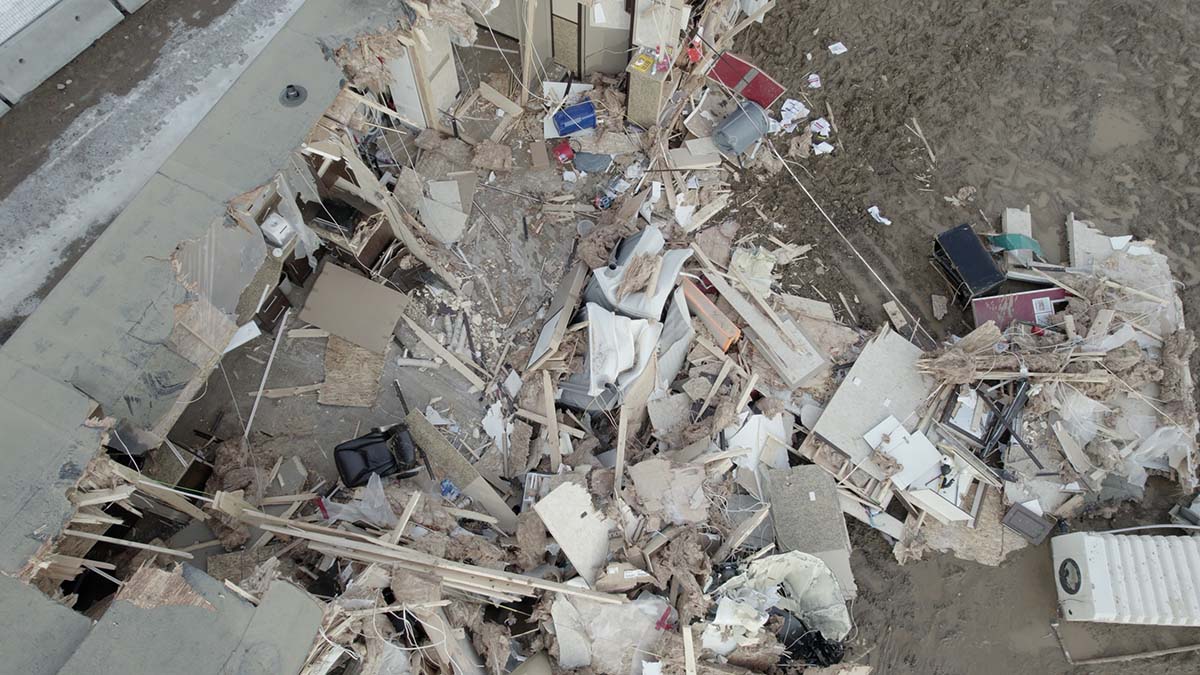 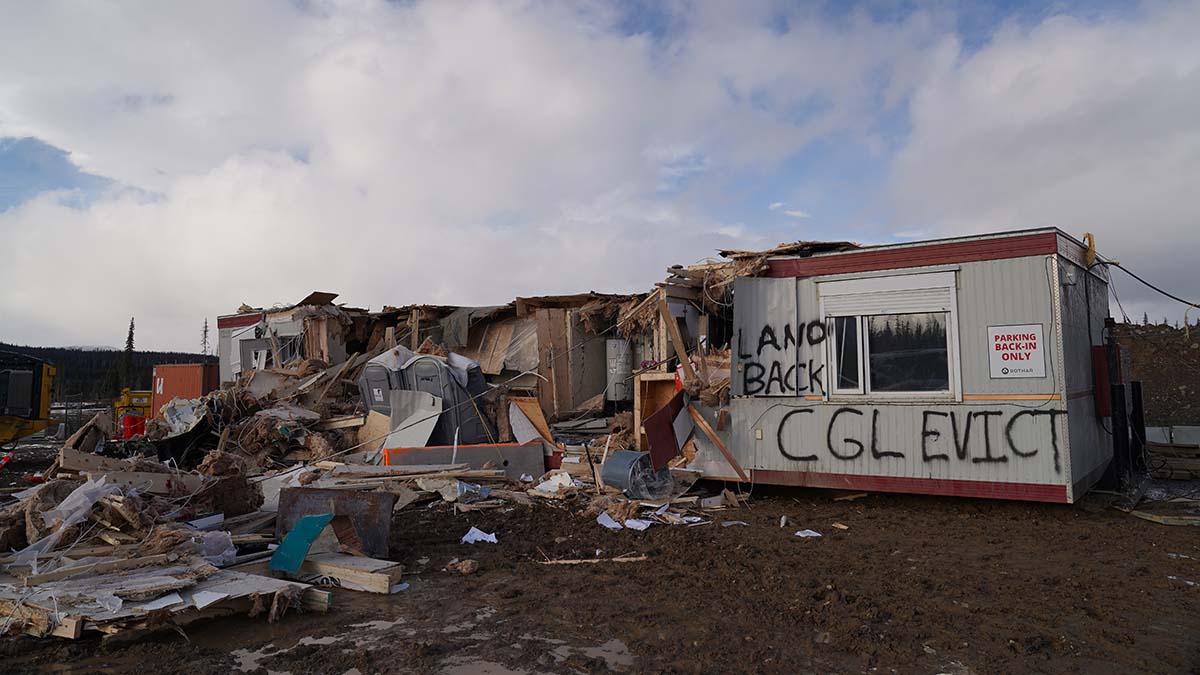 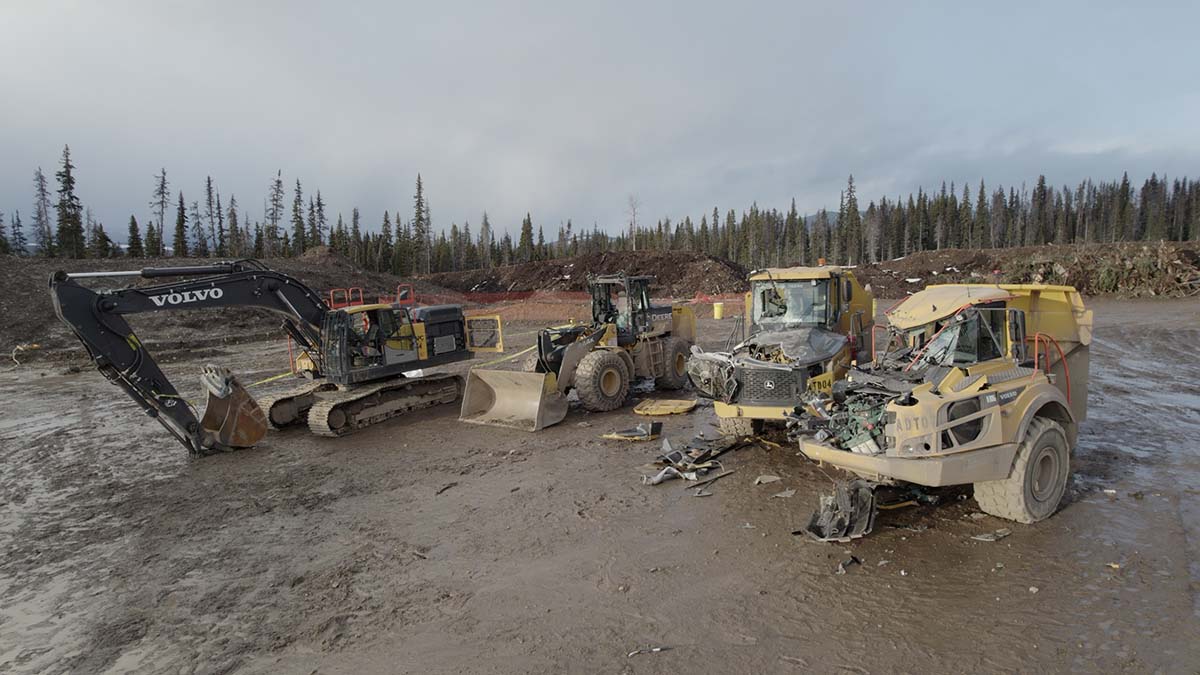